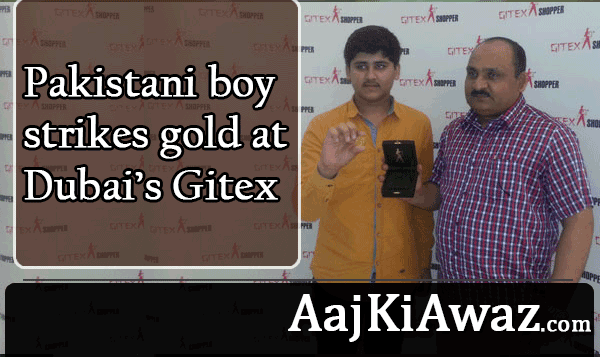 A Pakistani student in Fujairah UAE, said he was nervous while spinning the wheel of fortune.

“When I got on the stage and saw a big crowd, I was nervous. Then, the first time I missed the spin. And, the second time, I got it right.”

Mohammed said it was too early to decide what he would do with the prize. “It still hasn’t sunk in,” he added.
His father Ijaz Ahmed, who works as a software engineer, had bought a TV set and Xbox, and just before heading out insisted that they participated in the draw.

“This is the first time I’ve come to the Gitex Shopper,” he said, adding that it’s the two-hour drive from Khorfakkan (where he lives) to Dubai that had put him off from attending the last few years.

And, as luck would have it, his maiden trip won his family gold.